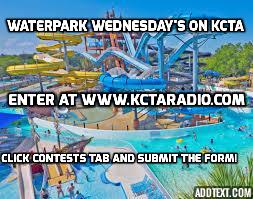 KCTA partnered with CRT Flooring and Continental Batteries to give you Waterpark Wednesdays! Every Wednesday, we will announce a random winner for 4 tickets to Schlitterbahn! All you have to do is click on the CONTESTS tab on our website and fill out the form.

We will announce the winner every Wednesday morning on the air and we will send you an email. Good luck to everyone who participates!

***Contest Rules***
One entry per person per week. Once you win, you are no longer eligible for this contest.
Tickets must be picked up or mailed out to you by each Friday after a winner is picked. If arrangements aren’t made, tickets will be forfeited.
We will also take entries by mail. Send your name and address to KCTA Radio, 1602 S Brownlee Blvd. Corpus Christi, TX 78404.

We were able to donate over 150 Easter baskets filled with Bibles to kids from CASA of the Coastal Bend and the Purple Door (formerly the Women’s Shelter). Thank you to everyone who donated!!! 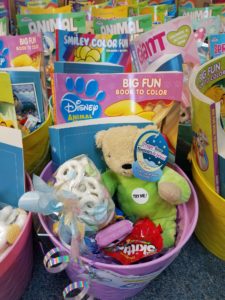 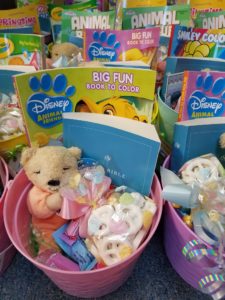 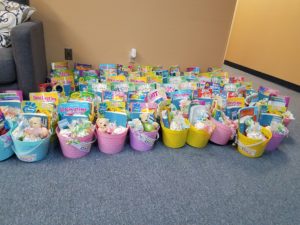 For years, I have urged Christians to take seriously their obligations as citizens, starting with exercising the right to vote. In the public square and at the ballot box, we must be more engaged, not less.

But what happens in a race where Christians are faced with two morally problematic choices? Should voters cast a ballot for the lesser of two evils? This unpredictable election cycle could go in any number of directions, and I keep getting asked this question.

For starters, unless Jesus of Nazareth is on the ballot, any election forces us to choose the lesser of evils. Across every party and platform, all have sinned and fall short of the glory of God. Still, the question is a valid one. Believing in human depravity doesn’t negate our sense of responsibility. By the standard of God’s law, every person is a liar, but that doesn’t mean we should hire an employee we know has a pattern of lying. Jesus taught that all who have lust in their hearts are adulterers, but that doesn’t mean a woman should shrug her shoulders when she learns her potential new husband is a serial philanderer.

When considering the question of choosing between the lesser of two evils, we must begin with what voting is within our system of government. In our system, citizen is an office; we too bear responsibility for the actions of the government. Just as the lordship of Christ made demands for public justice on office-holders in the New Testament (Luke 4:15), the same is true for those who rule as citizens.

The apostle Paul taught that the sword of Caesar is given by God to commend good and punish evil (Rom. 13:1-5). The Bible addresses the limits of this role, recounting those who use the sword in unjust ways and are held accountable to judgment (i.e., Revelation 13).

In a democratic republic, the authority over statecraft rests with the people themselves. In the voting booth, we delegate others to swing the sword of public justice on our behalf. If we think of a campaign like a job interview, we cannot ethically contract someone to do evil on our behalf.

Can a candidate make promises about issues then do something different in office? Yes. Can a candidate present a sense of good character in public then later be revealed to be a fraud? Sure. The same happens with pastors, spouses, employees, and in virtually every other relationship. But that sense of surprise and disappointment is not the same as knowingly delegating our authority to someone with poor character or wicked public stances. Doing so makes us as voters culpable. Saying, “the alternative would be worse” is no valid excuse.

Think of military service, another office of public responsibility, as an example. Members of the military don’t need to approve of everything a general decides to be faithful to their duty to the country. But if they’re commanded to either slaughter innocent non-combatants or desert and sign up with the enemies of one’s country, a Christian can’t merely choose the least bad of these options. He would have to conclude that both are wrong and he could not be implicated in either. If a Christian doctor were forced to choose between performing abortions or assisting suicides, she could not choose the lesser of these two evils but must conscientiously object.

That said all political issues are not equal. I’ve voted for candidates I disagreed with on issues like immigration reform or family medical leave because I’ve agreed with them on the sanctity of human life. I could not, though, vote for a “pro-life” candidate who is also for racial injustice or war crimes or any number of other first-level moral issues. There are some candidates I agree on issues like economic growth or national security for whom I could not vote for because they deny the personhood of the unborn or restrict religious freedom for all people.

Original story can be found on Christianity Today.

You more than likely heard about what happened over the weekend at a nightclub in Orlando. 49 lost their lives while they were at a nightclub called Pulse. No matter what our beliefs are, we can all agree this is a sad, horrible, atrocious act by a terrorist.

Please keep the families and friends of the victims in your prayers, and that the other 50+ wounded heal. Pray for the wonderful doctors, nurses, police officers, first responders, and anyone else affected by this horrible tragedy that is now the largest massacre in modern U.S. history. #PrayforOrlando

KCTA has done this Easter Outreach for the past 13 years. Last year, we collected donations from our listeners (Thank You!) and were able to stuff over 200 baskets for the kids at the Ark, The South Texas Children’s Home, and the Women’s Shelter.

This year, we are once again calling on our listeners to donate items like candy, small toys, coloring books, crayons, markers, Easter eggs, etc. to the station.

With the help of our sponsors: Al Willeford Chevrolet, Bourbon Street Candy Company, Radiology & Imaging, and NuStar, KCTA will provide the baskets and Bibles. If you have any questions please call our office at 560-KCTA.

KCTA along with its sponsors bring to you the 3rd Annual Coats For Kids Drive! This year, we have several drop off locations for coats, blankets, scarves, gloves, hats and anything else that is in GOOD/GREAT condition for the children at the Ark, and The South Texas Children’s home.

We also have a drop off location here at the station. Anyone who drops off items at KCTA will be entered in a drawing to win a family 4-pack to the Moody Gardens, just in time for Christmas! For any questions, please ask us on Facebook, or call at 361-882-7711. If you are interested in being a sponsor with drop off boxes in your place of business, please let us know. There are drop off boxes in all 3 of the Star Credit Union locations, Al Willeford Chevrolet, and NuStar Energy. Thank you all and God Bless!

Listen to the promo here! ^

When November comes around, you might see some posts each day by your friends online about things they are thankful for. They might say they are thankful for Jesus, their family, their home, food on the table, etc. We do have plenty to be thankful for, and if you’re reading this, you can add the internet and electricity to that list!

“Give thanks to the LORD of hosts,

for the LORD is good,
for his steadfast love endures forever!’”

Wow. What a great feeling that is! His love endures forever! He has loved us before we were born and He will love us long after we have left this earth. Give thanks all year long for the amazing God we have that loves us so much He sent his only son to die for our sins.

***If you need a bible, please come by our office and we will give you one!***

Each week, KCTA interviews someone to spotlight a specific cause or issue. If you would like to be considered for an interview, please email me at kctapsa@yahoo.com.

Interviews are up to 15 minutes in length, and are aired on Sundays at 8:45 AM and 4:45 PM. KCTA cares about issues in our local community, and we want to help you get the word out about what you or your organization are doing for our community! New interviews will be uploaded below after they are aired.

For The Love of Strays Rescue Interview

Roses By The Bay – Pregnancy and Infant Loss Awareness

Here is an interesting article from crosswalk.com

“I am not ashamed of the gospel, because it is the power of God for the salvation of everyone who believes…” – Romans 1:16

Most Christians know this piece of scripture by heart. It’s been underlined in a thousand Bibles and quoted at a hundred of prayer rallies. Christians want the world to know that no matter how much culture changes, and no matter how unpopular our faith becomes, we will never stop living and speaking for Christ. Like Peter at the Last Supper, we boldly declare ourselves unashamed of the Gospel. Unfortunately, we all know how that turned out for Peter, and most of us don’t fare any better.

The reality is scripture contains many difficult texts that can make even the staunchest believer cringe. There are extreme verses about rape, about slavery, and commands to wipe out entire tribes of people. The last three chapters of Judges alone could make Christians wince. So what should we do when confronted with such harsh words? Do we try to justify them? Do we ignore them or explain them away?

According to Brian Cosby, author of the new book Uncensored, we should accept these verses and learn from them. Cosby noted that modern Christians are becoming embarrassed by what the Bible says. In his latest article for The Gospel Coalition, he explained why Christians should not try to censor scripture. He writes,

“The apostle’s task wasn’t to censor Scripture in the hope people would be (more likely) saved after hearing a partial gospel; his task was to preach the whole counsel of God because ‘faith comes from hearing, and hearing through the word of Christ’ (Rom. 10:17).”

“When we embrace the entirety of Scripture, we are freed from making our Maker ‘fit’ our socially correct, tame caricatures of a god who seems no more omnipotent than a divine grandpa. But like Aslan, God isn’t safe. The lion of the tribe of Judah has conquered. Eternally self-sufficient, he is dependent on no one. And his Word reveals his majesty and glory from Genesis to Revelation.”

By acknowledging the Bible’s more difficult passages, we accept that God does not conform to our safe, limited preconceptions. He is not a God who will fit neatly into a box to be tucked away when we are inconvenienced. He is the All and Everything, the Alpha and Omega, and His ways are not our ways. Perhaps C.S. Lewis gave Christians the best illustration when he introduced children to the lion Aslan,

“‘He’ll be coming and going’ he had said. ‘One day you’ll see him and another you won’t. He doesn’t like being tied down–and of course he has other countries to attend to. It’s quite all right. He’ll often drop in. Only you mustn’t press him. He’s wild, you know. Not like a tame lion.’”

Yes, the Bible has many sever things to say, and yes, some of them are difficult to comprehend. As Christians, we strive to learn and understand the Gospel, but we should never allow ourselves to be ashamed by it.

What about you? Are you ashamed of the Gospel of Christ?

KCTA is a proud sponsor of Spirit Fest 2015!

Check back for giveaways!